IMRC Center prototyping and staff were recently featured in a Bangor Daily News article. In the article, which can be found here, Lori Valigra reports on “Maine’s efforts to increase the state’s role in the burgeoning space industry for low-orbit nanosatellites known as CubeSats that can be used for research by universities, state agencies, and companies.

If the proposal is approved, a new spaceport would be created that envisions launch sites at two former military bases, the Loring Commerce Center in Aroostook County and Brunswick Landing, and other locations throughout the state. Brunswick-based bluShift Aerospace successfully launched a commercial rocket from Loring in January. The spaceport, along with its data and innovation centers, aim to draw new revenue to the state and help educate and keep a technology workforce in Maine.”

The CubeSat prototype was 3D modeled by IMRC Center student staff member Christina Closson (UM 21) and 3D printed in the IMRC Center’s Prototyping Lab using light-weight polylactic acid. From there, engineering students used the plastic prototype to plan interior and exterior constraints for the myriad of testing and sensing equipment to be sent into low orbit in the final aluminum frame. 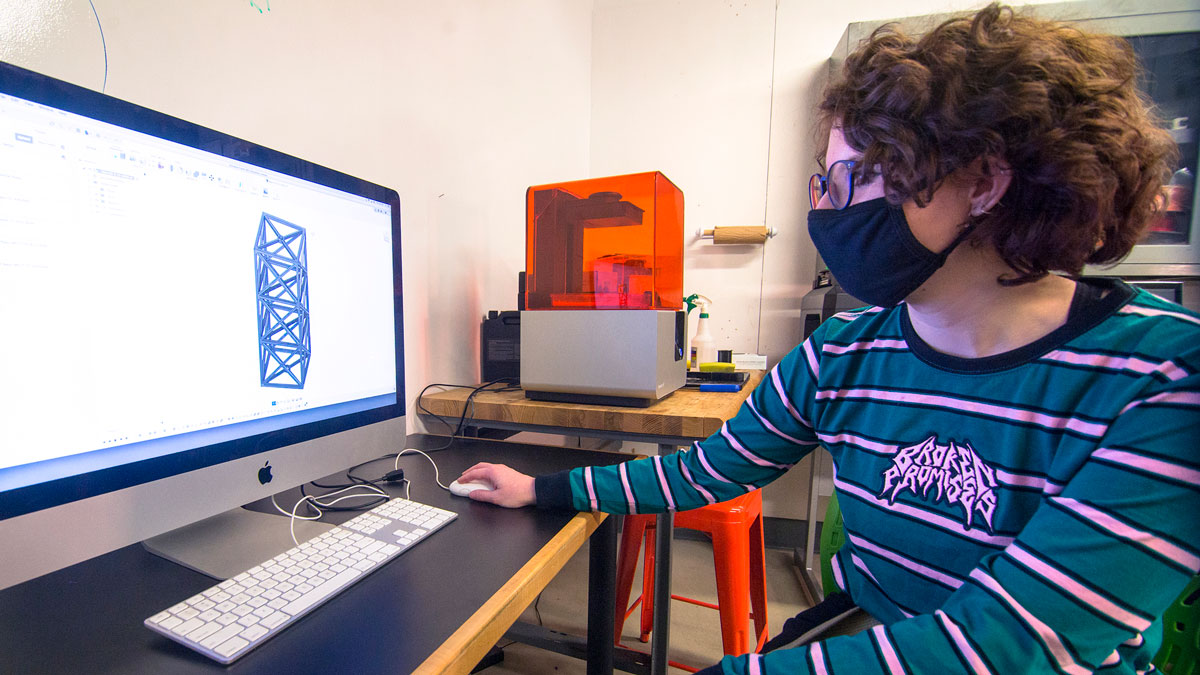 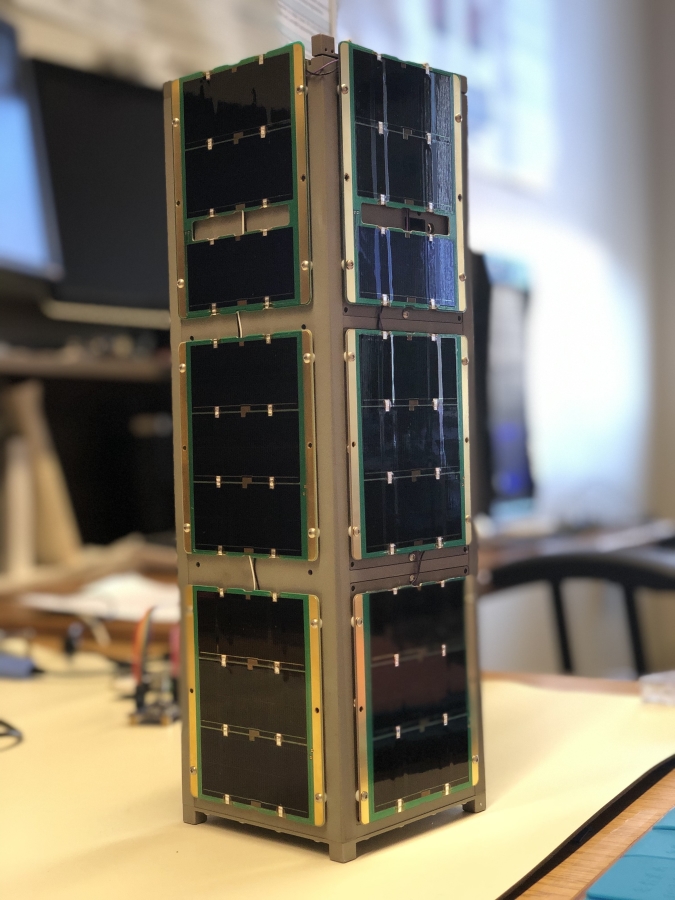