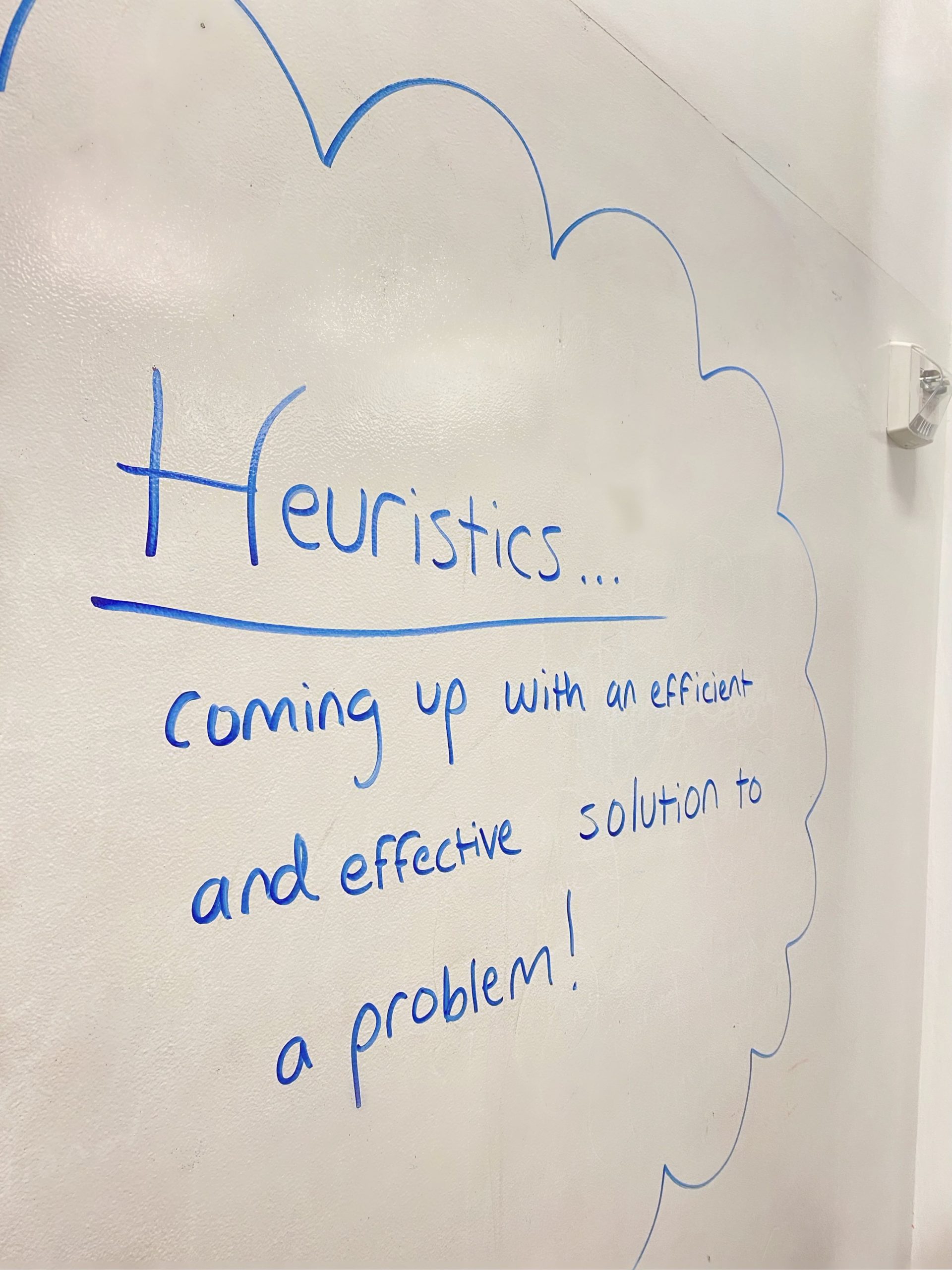 Throughout my fourth week here at the IMRC Center, I began the process of ideation with these recent experiences still fresh in my mind. This journey for my mind needed to take place in a space that allowed my ideas to develop organically and gradually. Thus, in the Information Technology Classroom, I began with a clean slate of white-board space. Soon enough, the board became crowded with scribbles and sketches of each iteration. I continued to listen to the suggestions my brain proposed. No matter how silly an idea might seem at first, it’s crucial to release it from your mind and allow your new ideas to gradually become more appealing. After a brief lesson on heuristics, I began brainstorming some ways in which I could improve my designs; Although it wasn’t easy to “kill off” those who were less efficient, survival of the fittest is the only answer to this process of elimination. 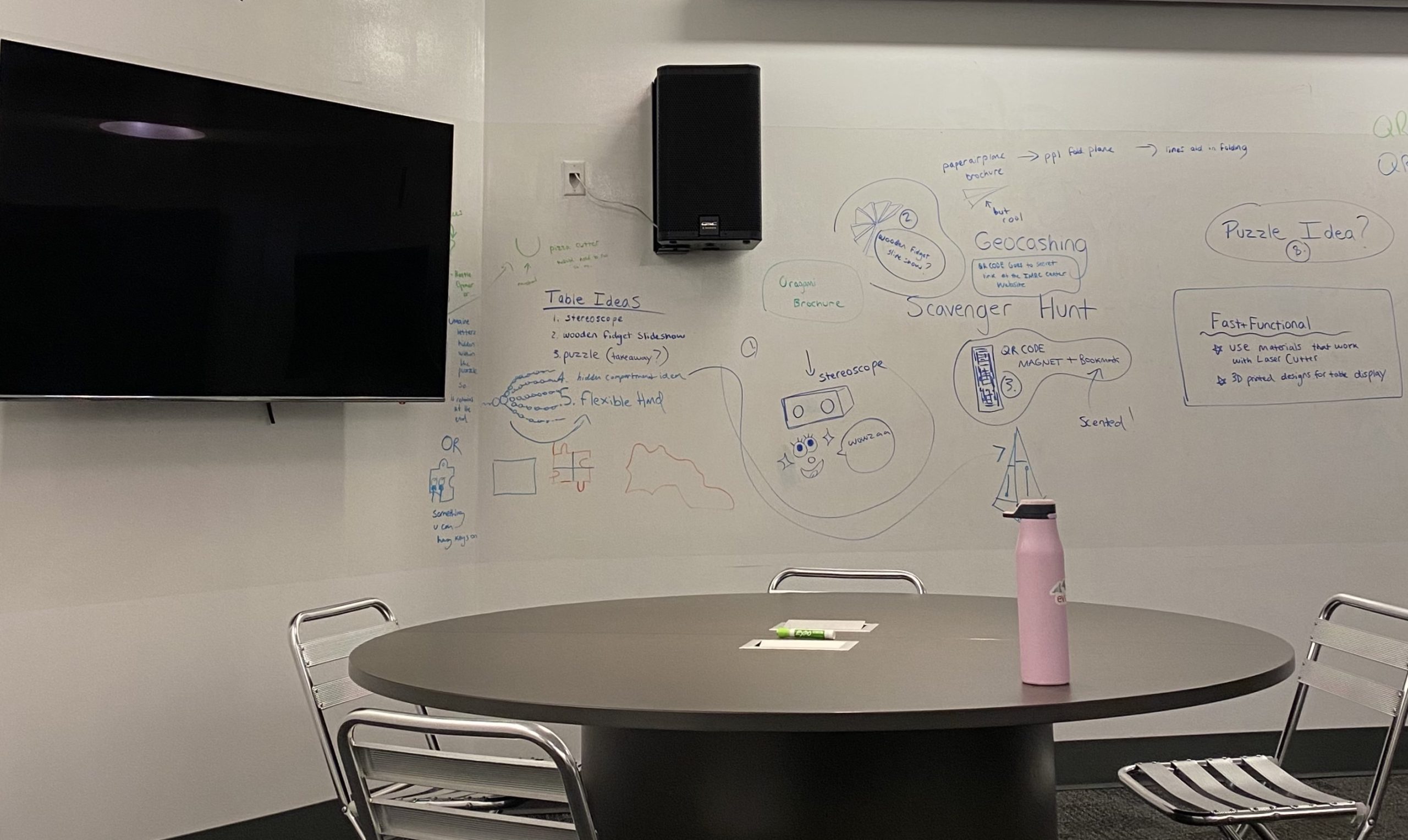 For these remaining ideas to be as well-rounded as possible, it was necessary to let go of those that were too weak to be brought to life during the remainder of my internship. Getting a feel of how this process works allowed me to become far more observant when cooking up new designs. When it comes to solving problems logically, looking back at what failed helped me better understand possible solutions. In this case, the “issue” itself was the creation of my very own novel idea. As this design is tested and refined, the final product will serve as a hand-out for conferences and display multi-functional attributes. Not only will it be cool to give out, but it requires particular aspects that reflect the IMRC Center and its purpose. It is also incredibly important to note the time frame and equipment usage required for its production – but it doesn’t stop there. This idea must demonstrate both efficiency and effectiveness while simultaneously professing value. Starting conversations about this design must also be considered in its creation, as it serves as a reminder of the IMRC Center and the University of Maine. From here, the next step will be my first attempt at physically producing these early prototypes. Wish me luck!